Included in the exhibit is a 925-carat blue topaz crystal from Mason County, Texas. In 1969, this stone sat in the Texas Capitol while the legislature decided to make blue topaz the state gemstone. This stubby crystal is among the finest ever found in Texas, noted for its relatively dark blue color and sharp crystal form. 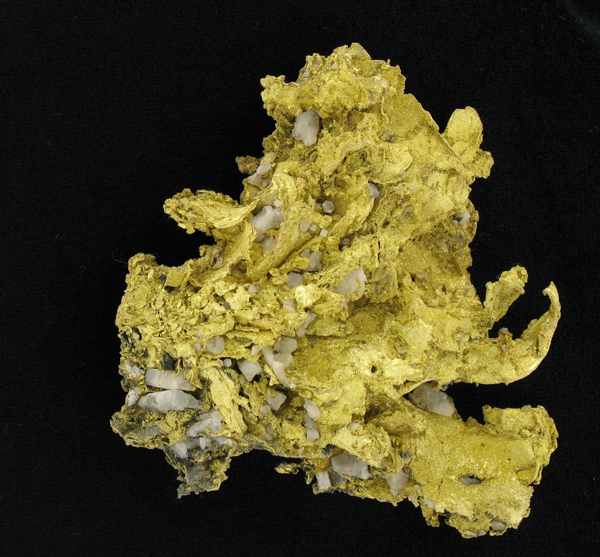 The exhibit also includes magnificent specimens of azurite, cinnabar, wulfenite, delicate leaf gold, unusual copper in calcite, and sparkling crystals of cerussite, among others. The gold from Nacozari is purported (at the time it was acquired) to be the finest gold specimen ever brought to the USA from Mexico.

Barron lived in El Paso where he owned a gem and mineral business called Southern Gem Mining Company (formerly Southern Gem and Mineral Company). He acquired some remarkable specimens for his private collection, the bulk of which came to The University of Texas at Austin as a bequest upon his death in 1969.